New Delhi: Legendary Kishore Kumar has marked his excellence in work through beautiful songs and films not only in the hearts of Indians but also abroad. He can be considered an industry himself where several singers singing his songs earn a livelihood. And when it comes to his fanbase, it cannot be counted in numbers. Two such fans of Kishore Kumar sang their own rendition of the popular song ‘Saamne Yeh Kaun Aya.’

The video is a delight for the social media users where the couple is seen singing the popular song. The guy named Meghdut Roy Chowdhury hails from Kolkata. But the most interesting part is that the girl, Pauline Laravoire is French. Meghdut was seen playing the ukulele while Pauline makes the jamming session fun, especially with her expressions.

Meghdut and Pauline shared the video on Instagram where he wrote, “Here’s Samne Ye Kaun Aaya with @paulinelaravoire as part of this week’s #indofrenchsingingsundays. Don’t think we’ve ever attempted a song by #kishorekumar before. So chose the most fun one, obviously! If this home quarantine continues for much longer, you’ll probably see us every weekend picking up a new song to play for you guys. Also thank you to all the 7,50,000 people who saw our last video. That was complete madness. So much love all around.”

The video has gone viral all over social media and has gained love of all the netizens. The video garnered over 3k likes and more than 33k plays. One of the fans wrote, “You guys make my day! Thank God for my fav cool kaku and Kaki. Bless,” while one of the users wrote “Super duper vibes!! As sunny and fresh as ever!!”

Here are some of the reactions: 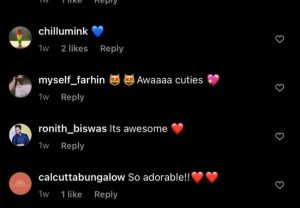 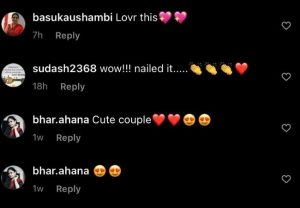