New Delhi: As we say ‘Age is just a number,’ multiple events have proved the phrase correct. Nothing is impossible not even in old age. One of such videos had caught the attention of the netizens as soon as it was shared.

The video shows a 72-year-old woman ziplining at a park in Kerala’s Palakkad. The video will definitely give you goosebumps as well as put a smile on your face on witnessing the courage carried by the elderly woman. In the short clip, the woman was seen draped in a white Kasavu saree. She strapped all the safety gears around her body and wore a helmet while doing the sport. Moreover, she seemed to enjoy the sport and at the end gave a fist bump to the person who was recording the video.

The video was originally shared by the Instagram user, Yathrikan_200. Later it was reshared by a page called Yathra Premikal. The caption in Malayalam read, “This is Paruamma. She is 72 years old. She came to the park and had a desire to zipline.”

After the ride, the elderly woman stated, “I was not afraid at all…I liked it. It was fun.”

The video from the time of its share garnered more than 48k likes and over 3 lakh views.

Netizens felt awed after they saw the video on social media. Several showered heart and heart-eyed emojis. The Instagrammers were spellbound on seeing the spirit and courage of the elderly woman.

Here are some of the comments by the Instagrammers: 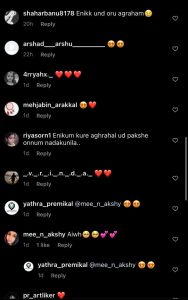 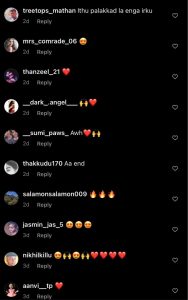